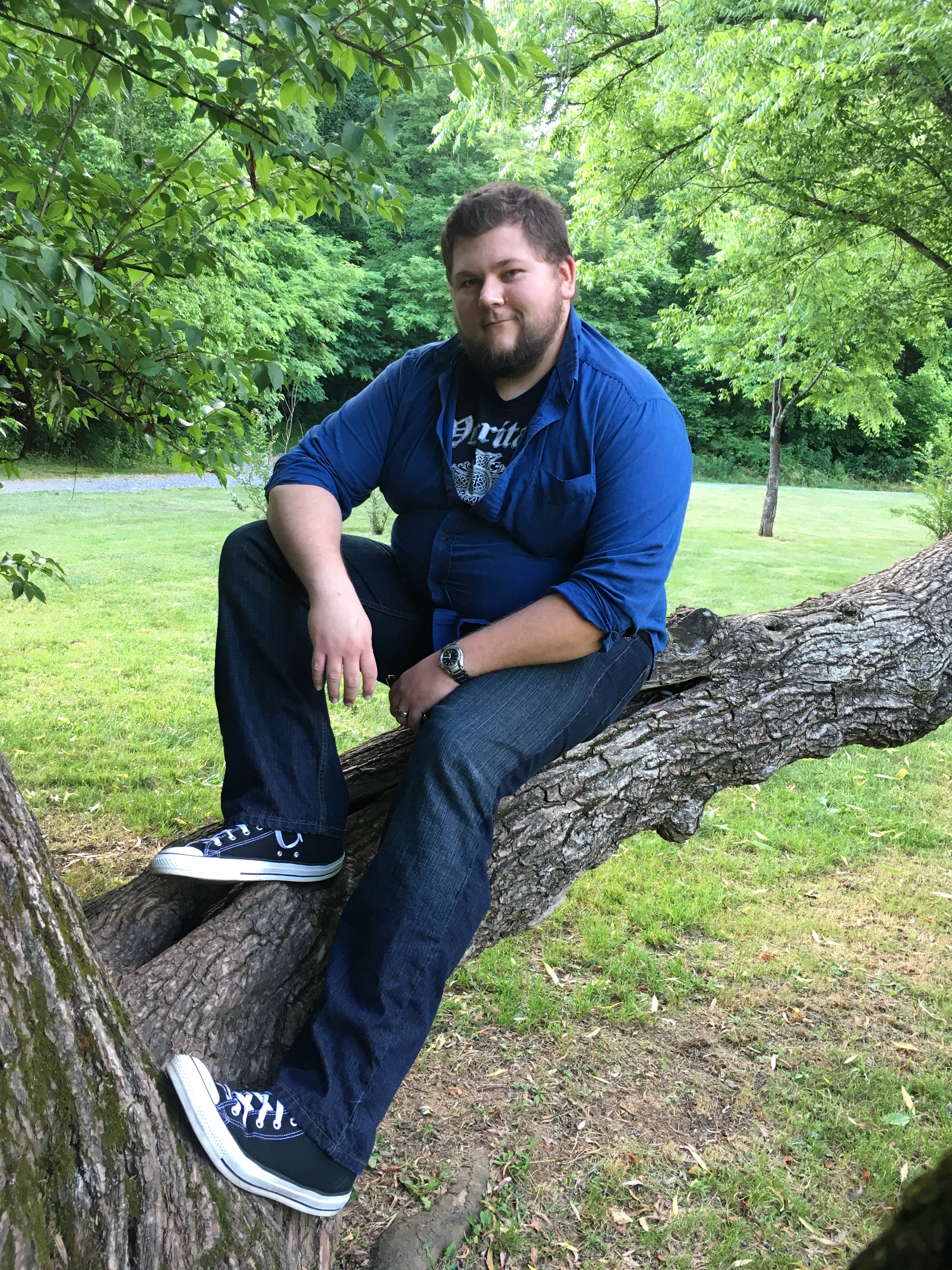 Damean was born in Tazewell, Virginia and almost immediately fell in love with literature. From an early age he preferred to be in the company of books than most anyone else, taking books with him everywhere he went. The only thing that matched his love of the written word, was his fascination with the paranormal. Ghosts, vampires, werewolves and monsters make up much of Damean’s life.

It only made sense that, at some point, Damean began to write. At first he would toy around with rewriting some of his favorite stories, or coming up with ideas for sequels to tales where none existed. In his junior year of high school, Damean got a story idea that “absolutely demanded to be written. I had no idea how something in my own head could be so powerful. It was in that exact moment that I knew I had to write.”

Taking this urge by storm, Damean started his first novel, quickly turning one idea into nearly half a dozen. While working on novels, he also put out a few short stories, one of which earned him his first publication in a literary journal. That first publication inspired him to write more than ever, leading to more publications in more journals, while somewhere along the way Damean managed to finish three novels.

Specializing in the paranormal, the self-proclaimed vampirologist, attended symposiums, learning more about the craft and eventually teaching lessons about how to relate worldwide legends to local lore in the Southwest Virginia region in particular.

Damean is incredibly proud of his Appalachian culture and loves to explore the region his ancestors lived in. He often emphasizes elements of that culture within his writing and makes it a mission to seek out as much mountain lore and legend he possibly can, both for personal enjoyment and to use in his writing.

He independently published his first print collection, “Tales of the Mysterious and the Macabre: Stories From the Appalachian Foothills,” in 2019 and his Appalachian werewolf novel “Moonlight” in 2020. Both are available for purchase through Amazon, here on the website, and from the author himself.

Damean teaches high school English and continues to write while loving every second of life with his incredible wife, who provides endless support and encouragement, in their mountain home.